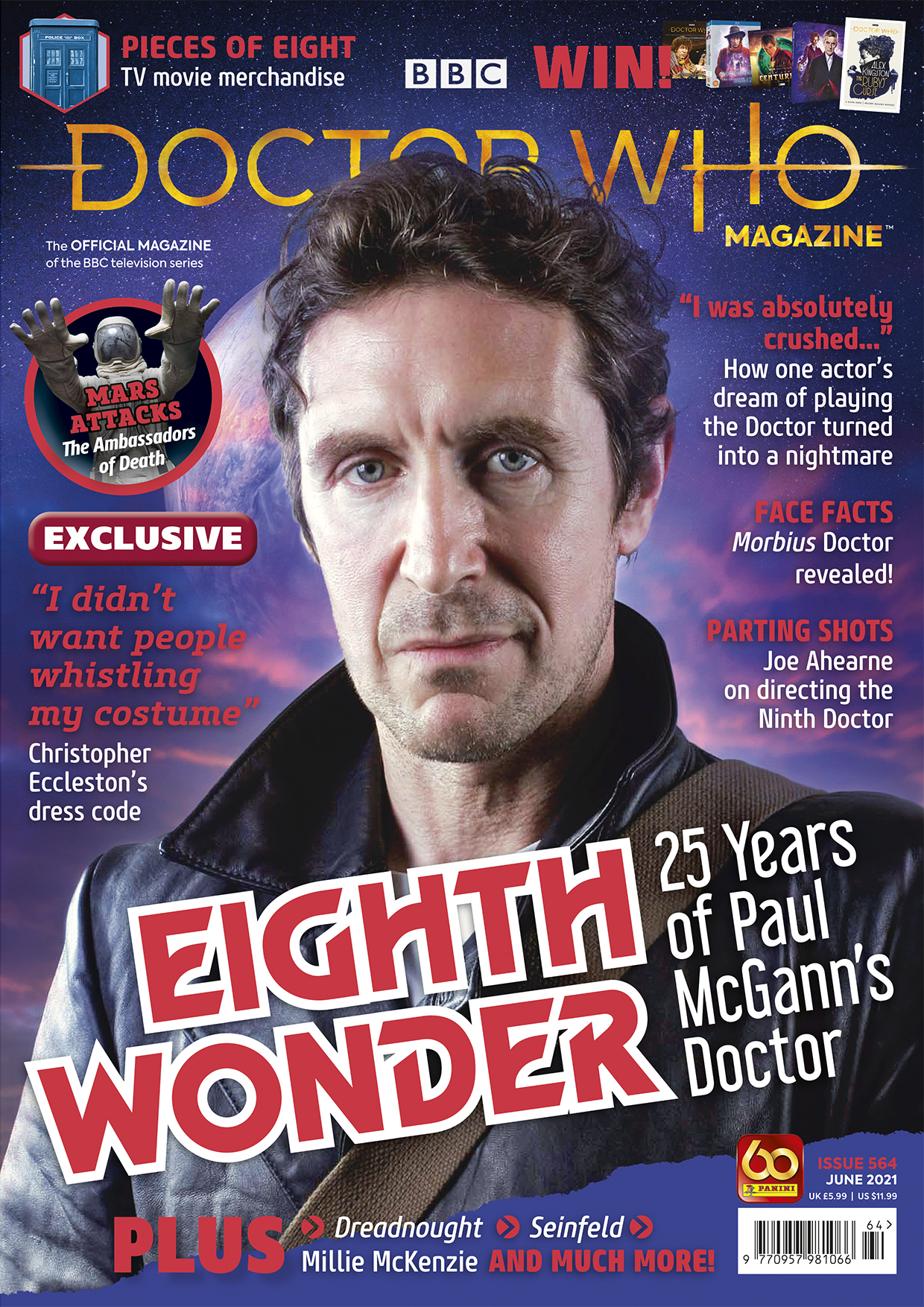 25 YEARS OF THE EIGHTH DOCTOR

Highlights of this anniversary issue include:

Doctor Who Magazine Issue 564 is on sale from panini.co.uk and WH Smith from Thursday 29 April priced £5.99 (UK). Also available as a digital edition from pocketmags.com priced £4.99.

Go to Top
This site uses cookies: Find out more.